Antonis Mavropoulos, October 16, 2014March 15, 2018, 1
The Ebola pandemic is officially out of control. The situation in Liberia, Guinea and Sierra Leone gets worse day by day. Just for Liberia and Sierra Leone, at the end of September 2014, it is estimated that there are approximately 8,000 total Ebola cases (21,000 total cases when corrected for underreporting). 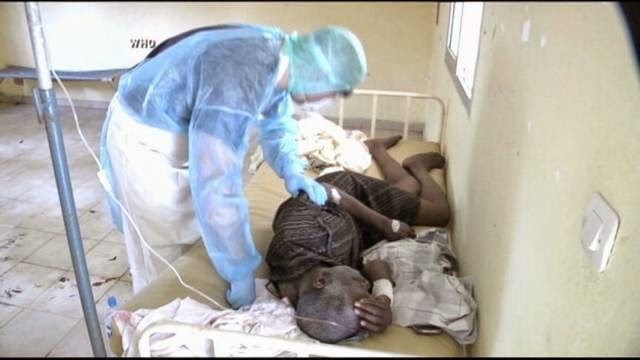 With the current level of interventions, it is forecasted that on January 2015, without substantial changes in community behavior, a model estimates that Liberia and Sierra Leone will have approximately 550,000 Ebola cases (1.4 million when corrected for underreporting).
One of the most important measures required is appropriate management of corpses – waste management during pandemics is a key-element in the effort to contain the viruses’ expansion. Leaving dead people in the streets or simply transfer them to open dumpsites is a certain contribution that make things much more difficult. Up to now, no one knows what is the fate of corpses, so we better get prepared for the worst case.
The news about the expansion of Ebola cases in USA and Europe are also striking. The so-called “advanced” security measures in USA and Europe proved completely incapable to stop the Ebola expansion. Many holes in the current protocols and inefficient preparation and training   were identified. Austerity measures left their footprints in emergency care too, creating additional barriers to an appropriate response. And the psychological weakness of “it is impossible to happen to us” has made an important contribution to the delays in identifying the infected nurses.
This is not a business as usual case. It is a serious global health risk, a pandemic that challenges our ideas and concepts regarding vulnerability, international cooperation and poverty.
First, speaking for Liberia, Sierra Leone and Guiana, it seems that weak governance and administrative structures in national and local healthcare systems are completely unsuitable to manage such a pandemic, despite the heroic efforts of healthcare personnel and the contributions of volunteers, like the “Doctors Without Borders”.
Second, international aid mechanisms and tools are incapable to coordinate a global effort to control the pandemics – this is not the first time we realize it, but for sure it will be probably the worst for the last decades. International response to Ebola came too late and it is too weak.  And there will be a very high cost for it.
It is time to realize that in our interconnected world, where decades millions of people travel by airplane, cars, trains on a daily basis, no border can stop the expansion of pandemics, unless they are immediately spotted and controlled.
It is time to realize that as long as many countries are trapped to the so called “poverty trap” no citizen in rich western societies can feel safe.
We certainly know that the lack of a sound waste collection and disposal system creates health problems – now we realize that during pandemics, this is a lethal lack. Have a look at the recent Waste Atlas report and you will find that 50 huge dumpsites serve more than 60 million people – what are waiting for closing them? They will never be closed by local efforts due to the poverty trap.
It is time to understand that global interconnectivity is growing exponentially faster than global cooperation and appropriate institutional development. The current international aid tools correspond to the Cold War Era, while the current global risks correspond to the post 9/11 world. The same pattern identified in climate change discussions (too slow, too late) is again identified in Ebola response.
The Ebola drama just started – let’s hope that besides the thousands of losses that are expected, it will also create a wave of change for our outdated international cooperation systems. And this is mostly for the developed countries that should take the lead and implement a new system of global cooperation patterns and initiatives.  Otherwise, no one is safe!
Share this
0 likes
Related Articles
1 Comment

Leave a reply Click here to cancel the reply